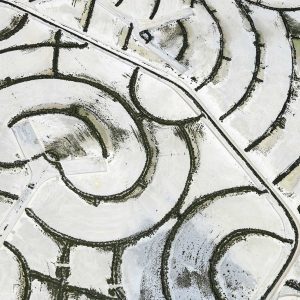 These enormous reservations are built on flying ashes which are the result of coal liquefaction operations carried out by South African oil company Sasol and its industrial plants nearby. It is the biggest and probably the only synthetic fuel factory in the world. It uses the Fischer-Tropsch process to convert not only bad quality coal but also natural gas, into liquid hydrocarbons. The factory alone covers a surface are of 13 square kilometres and its existence is mainly due to the international embargo against South Africa when its policies of racial segregation and discrimination benefited the white population of the country, commonly known as the Apartheid years. Although the production of synthetic fuel is minimal, the technology used to make it is attracting attention once again as petrol prices soar. From an environmental point of view, the production of a litre of liquid fuel from coal emits twice as much greenhouse gases as an equivalent fuel from an oil refinery.