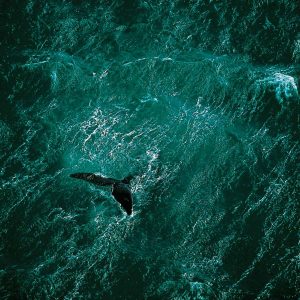 Summering along the Antarctic Coast, whales swim in winter to the Southern Seas to reproduce. From July to November, the coasts of the Valdes Peninsula in Argentina become the scene of Southern Right Whales mating and giving birth. Until the 1950s, these migratory marine mammals were victims of intensive exploitation for their meat and the oil extracted from their blubber and this nearly led to their extinction. From 1937 on, protection measures came hand in hand with international awareness. In 1982, a moratorium on whale hunting for commercial purposes was declared and in 1994, the Southern Ocean Whale Sanctuary was added to the whale sanctuary that had been set up fifteen years earlier in the Indian Ocean. Despite this mobilization, it was estimated in 2008 that since the moratorium was effective in 1986, over 32.000 whales had been killed. After decades of protection, 7 out of 13 whale species of which there are still only a few hundreds or thousands (10 to 60 times less than at the beginning of the 20th century) are still under threat.