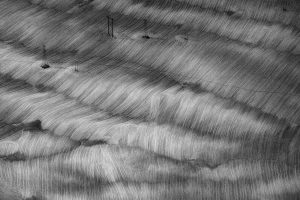 The concentration of the American population on the Atlantic and Pacific coasts leaves a huge mostly empty territory between the two oceanic facades. The big plains west of the Mississippi River and the Rocky Mountains are exploited to produce energy and food stuffs for coastal populations. The water courses of many rivers that flow down the Rockies were interrupted by dams which provide electricity and create water impoundments to irrigate rich but dry agricultural lands. The United States is the number one agricultural producer in the world and it is also the country that consumes the most energy. Representing less than 4% of the world’s population, the Americans use one fourth of the entire energy produced in the world. Today, the country is entirely dependent on coal, which provides half of its electricity. With 104 running atomic reactors it is also the number one producer of nuclear energy in the world.