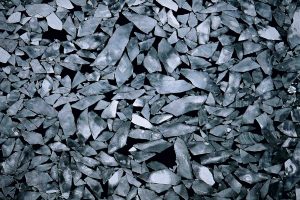 Like a broken mirror, the thin ice of the Baltic breaks into sharp fragments that reflect the feeble light of a Finnish winter. This fragile sheet breaks only to reform more solidly. Sea ice floats on the current and can break up, but the fragments then meet again and pile together, until they reach their maximum thickness (an average of 20 to 25 inches, or 50 to 65 centimeters) in early April. The ice then disappears rapidly in spring, leaving the islands of the Turkü archipelago ice-free. Finland has no permanent ice sheet. Although the country is at the same latitude as Alaska and Greenland, it has a relatively temperate climate thanks to the Gulf Stream. This great warm sea current, which crosses the Atlantic and warms Western Europe, may disappear as the climate changes and the Arctic ice cap melts. If this came about, Europe’s climate would resemble that of Canada, which is at the same latitude.