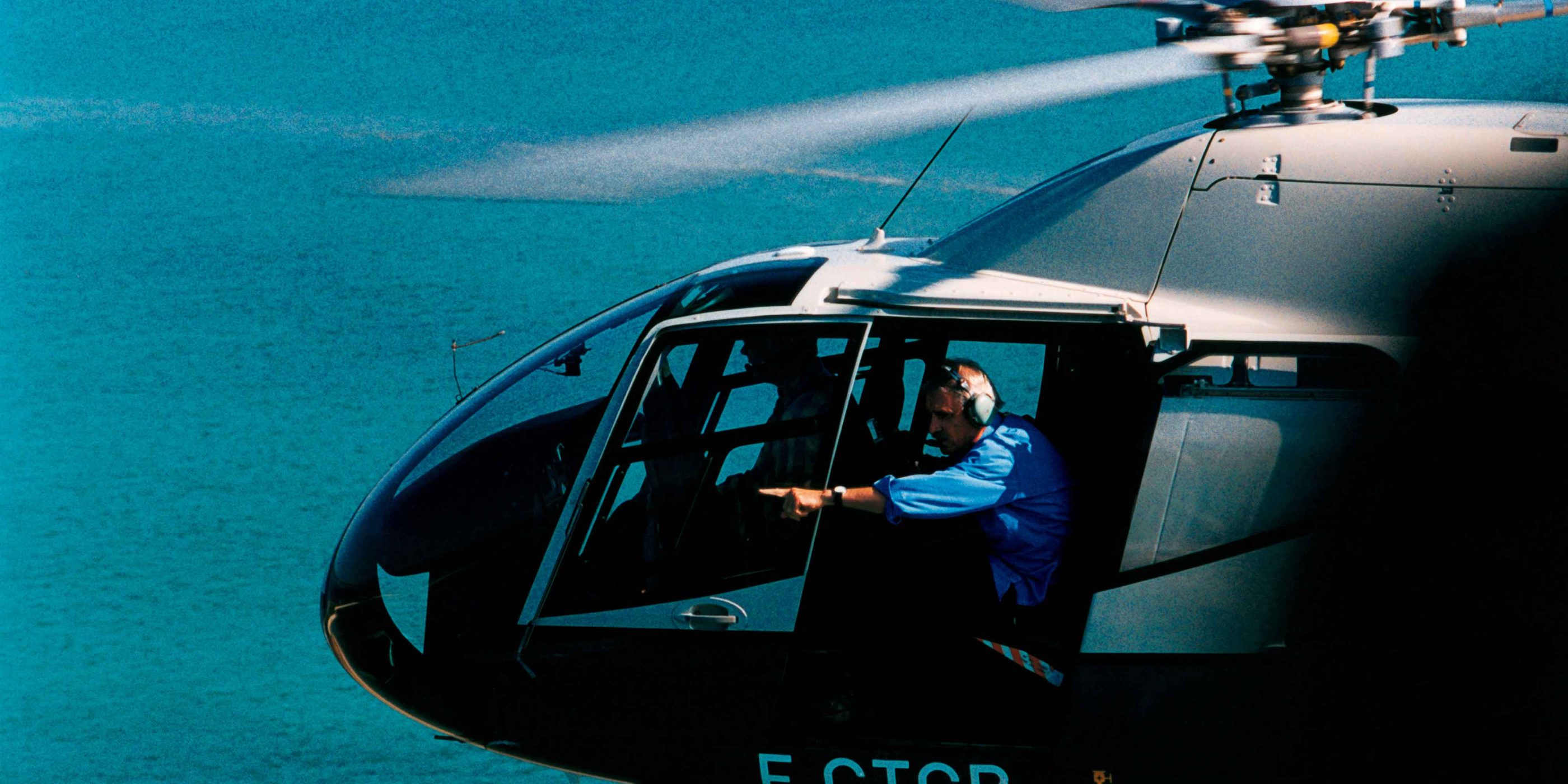 « We were on our way to photograph the rock of Gibraltar. The control tower had given us the go-ahead and we were on some taxiway, a little route along the takeoff runway.
Yann told me to stop where we were. For twenty minutes, he photographed while I tried to explain to air-traffic control why were parked on a thoroughfare. Well, he’s just looking at something… because as far as i was concerned we were in the middle of nowhere; how do you explain to air-traffic controllers in such a sensitive place that we’d spent all this time just photographing the tarmac!
It was when the photographs were developed that i finally understood. »

Helicopter pilot Wilfried Gouer about Yann Arthus-Bertrand during a flight above Gibraltar in 2002.